Thinking about the whole

The amazing thing about watching Brad (dbbrad) design is how he holds the whole project in his head at once. The inside of the building; the exterior; the interior in relationship to the exterior; the building's relationship to the site; the condition of the site and what it needs in terms of contours, water management, privacy. sun and shade; the relationship of indoors to outdoors; how the buildings relate to the other buildings in the neighborhood; the total picture.
Having worked in landscape design for 30 years now, I have rarely seen this design ability to hold-the-whole in a designer's vision. Many designers, (dare I say most?) design with only the interior vision. Other designers have only the exterior vision. But, even more often, designers neglect the site (the total) completely.
How often I arrive at the newly built home to see trash; compaction; unnecessary water problems; thoughtless siting of the home in relation to sun and shade; machine damage to remaining trees; and a complete lack of thought to the relationship of the home to the site. Sometimes the interior works well and even looks great but looks horrible from the exterior with roof lines that don't work or placement of skylights that were seen only from the inside spaces ruining the exterior rhythm. Or, the home faces north with no interior light, or at other times with no play with the light at all.
And then there is the function issue which needs to be a major focus in design. A need that is equal to aesthetics. When a designer thinks only of function one sees mostly a boring building. When a designer thinks only of aesthetics we see it for what it is -- designer ego. For years, for example, I have said I'd never hire a designer to design a kitchen if he/she didn't cook. I have stepped into some kitchens that looked beautiful but made no sense whatsoever in how they functioned. The reverse is true. A good designer can produce both -- function and beauty.
What's so amazing about our new home is how, according to Ed, "it lives like a second skin." And for me, to be more content inside, because of the inside-outside relationship, than I've ever been in a home. We also both still love how our home nestles into the neighborhood as if it's always been there. In fact, it is so integrated that people ask us which buildings are ours and which buildings are the neighbors. Not because of proximity, but because of thoughtful integration.
And, then there is attention to grade, water, ornamental gardens, wildlife, exposure, beauty, automobiles, solar, growing food, accessibility, mystery, light, privacy, and on and on. How does one hold all of these things, and more, in their head to achieve a totally integrated design? I don't know. I would be unable to do it. But, Brad does it. That's his skill and its awesome.
Then add flexibility in using recycled materials in a way that is new and innovative, creating a timeless structure, well, have I already said awesome?
Posted by fredley at 8:00 AM No comments: 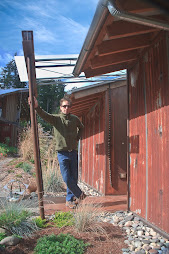 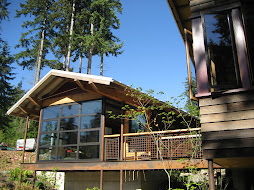 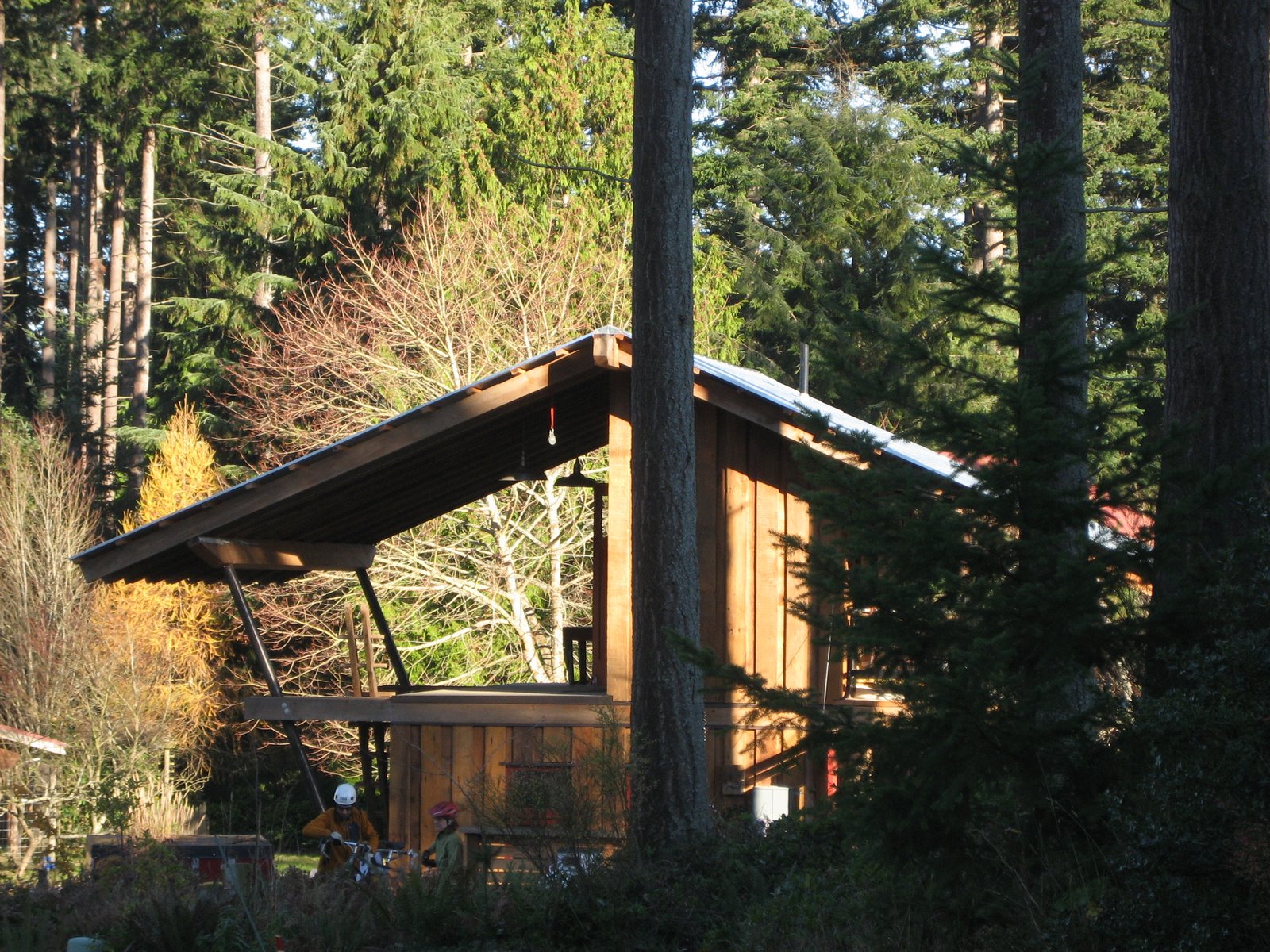 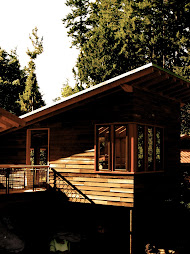